"Leadership WA has been an integral part of my growth."

Fadzi Whande completed the 2017 Signature Leadership Program, and was voted as Valedictorian of her cohort. Fadzi is the Principal Consultant Diversity and Inclusion at Western Power. She is also an Australia Day Ambassador for Western Australia, sits on the Board of Directors of the Museum of Freedom and Tolerance Western Australia, and is the Founding Director of the Whande Group, a premier diversity consultancy and program development organisation specialising in global diversity.

Fadzi began her leadership journey in her home country of Zimbabwe and later, Botswana, where she worked for a large telecommunications company with a corporate and government portfolio.

Although her career was progressing well, there was ‘a lack of fulfillment’ and a questioning around the ‘footprint’ she felt she was leaving behind.

‘It all changed,’ Fadzi said, ‘when I started volunteering for an HIV program. That completely changed my life.’

But the real turning point for her career was her completion of a Graduate Certificate in Social Impact in 2012, which tapped into a long-held belief that helping those around her and contributing to society is important. Her desire to help others stemmed from seeing United Nations volunteers looking for survivors of a plane crash on the news when she was six. ‘I just thought that was beautiful,’ said Fadzi.

‘At the back of my mind, that was always something: I want to grow up, and I just want to help people,’ Fadzi said.

In her work as a diversity consultant, the first thing you notice about Fadzi’s approach to promoting diversity and inclusion in the workplace is that it is highly strategic and practical.

‘You need to give people basic skills,’ Fadzi said. ‘If people have never been exposed to it, how are they going to learn?’

In her opinion, the key to shaping her work and journey as a leading social advocate is authenticity, and that seeing great authenticity among her fellow Leadership WA Signature Program leaders was enlightening for her.

While undertaking the program, she ‘saw authenticity, but also saw people who were doing amazing things.’

One of the most important aspects of her role as a leader is empowering other leaders to succeed through being authentic, being vulnerable, and being open to personal growth.

‘Being vulnerable is very, very difficult,’ Fadzi said, ‘but I think when you’re showing vulnerability, you’re actually the most secure.’

She believes endlessly in the power of story, and in the need for stories to be told and listened to.

When asked for her final words of wisdom as a leader, she spoke simple and powerful words: 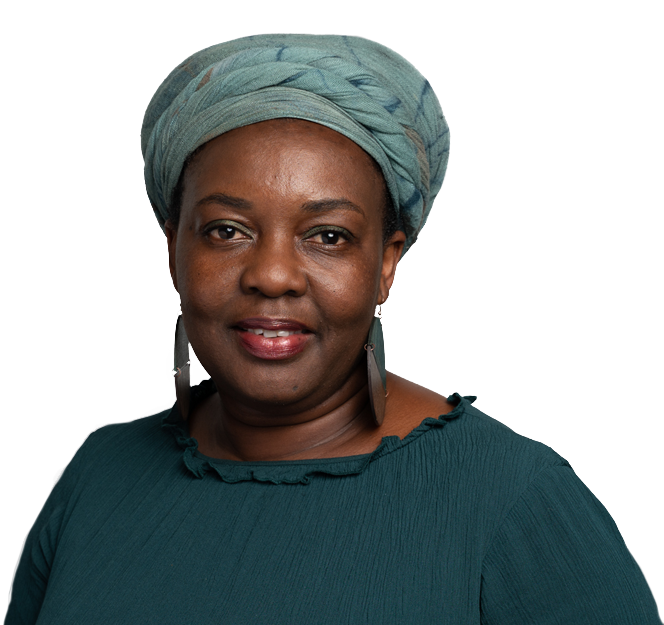