"It was one of those turning point experiences."

Ashley Reid is the CEO of Cancer Council WA. He is a graduate of Leadership WA’s 2007 Signature Leadership Program. In 2019 he was presented with the Leadership WA Distinguished Fellow Award.

For Ashley Reid, good work and success isn’t just powered by good intentions. A clear mission is the first step to achieving a goal. That’s why Cancer Council WA use a message of hope to cut through.

“As much as we concentrate on our history and we want to honour our history, but we don’t live there,” said Ashley. “We’re a forward-looking organisation.”

Cancer Council WA are also the largest non-government investor of cancer research in the state, and have invested more than $47 million of donor money to research since the establishment of their research program. Trust is a vital component of what they do.

“The reason why we’re trusted is because we’re very transparent and open about how we utilise donor funds. Our absolute key commodity is trust.”

One of the key strengths that Ashley brought to Cancer Council WA was his experience in community involvement. Ashley believes that by working closer with the community, there can be better public health outcomes.

“We need to be focused on some of our more disadvantaged and vulnerable community members to make sure those education messages get through.”

Ashley is an Alumnus of Leadership WA’s Signature Leadership Program, graduating in 2007.

“When I did the Program, I was at a point in my career where I needed to expose myself to good people, good thinkers, different sectors and parts of the industry.”

“It’s an opportunity to really both question your own views of things, and be challenged with new ideas and new thoughts. The people on it were awesome, smart people at points in their careers where they were aspiring to lead teams and run organisations. There was a great energy. I built some really strong relationships with my cohort. We caught up recently for our tenth anniversary, which was just fantastic.”

“I’ve still got the notes I took. I look at them occasionally and think, wow, that was one of those turning point experiences. It was the kind of development of that self-awareness that I really enjoyed.”

For Ashley, the emphasis on the time given for self-reflection was incredibly valuable, and something he carries with him to this day.

“We’re in an environment where everyone’s flat out. We don’t give ourselves permission to think, to contemplate.”

“We treat taking time to think as a luxury, whereas it’s actually the core part of what we’re here to do. We need to discern deeply on complex things. We never have enough time or resources or information, and yet we have to make decisions that will affect both the organisation, the people we employ, and the people we serve. That is a profound responsibility. Leadership WA taught me that giving myself time to think is not a luxury; it’s essential.” 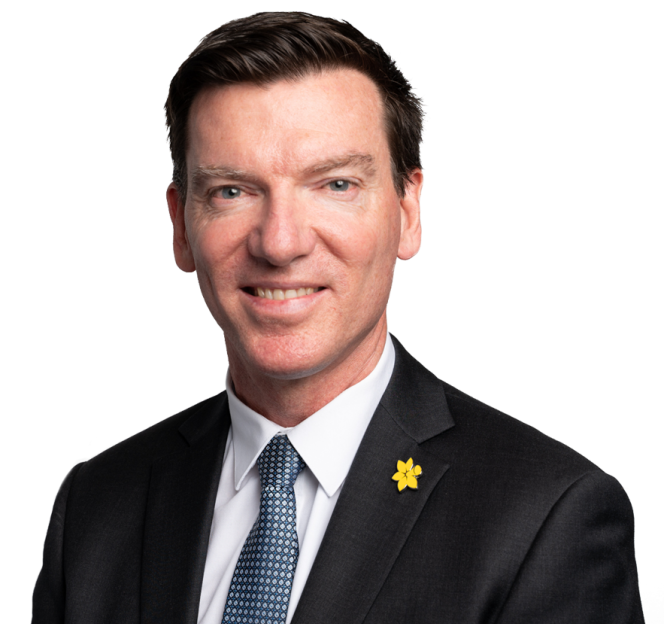