Put yourself out there. Be willing to show who you are, not just what you can do.

Joel Levin is the Managing Director of Aha Consulting, a firm that specialises in community and stakeholder engagement, facilitation and organisational development. He has also worked for the Department of Community Development, WACOSS, Youth Focus Inc., and is a regular supporter of Leadership WA’s Skillsbank program. Joel is a Leadership WA Alumni, and graduated from the Signature Leadership Program in 2004. This interview was conducted in 2018.

While many leaders are entirely dedicated to one organisation or one project, Joel’s role is different. Working across so many sectors – from resources, all levels of government, not-for-profits and internationally with the United Nations – Joel has a unique perspective on leadership.

“I’m absolutely fascinated by what makes people tick, work together or clash. That’s at the heart of my work and personal exploration.”

“Everything I’ve done has been about people: about understanding how they do and don’t work together. Which means for me, the ultimate focus of leadership is about how I am with people.”

But Joel didn’t arrive at this insight on day one of his career.

“I think it’s fair to say in the early days, I was the young gun leader who was more interested in the outcome and output. People were possibly collateral damage in this approach. I worked from the adage – ‘you can’t make an omelette without breaking eggs.’”

Parenthood was part of changing his perspective.

“Having children gave me a broader sense of who I am in the world. Focusing more on people didn’t change my sense of purpose, but it challenged me to look at how much of it came with a push.”

The other influencing factor was his own personal development work.

“As someone that didn’t fit the usual academic mould, it took time to accept that intelligence and value isn’t just about traditional academic prowess.”

“Overtime, I kept digging for a deeper understanding of myself and the more solid that became, the less I had to prove. Again, the sense of purpose or even output didn’t diminish, what changed was how I applied myself.”

“I work with a lot of different groups and went from trying to plan every moment, to being more willing to be responsive to the people in the room. The work becomes a more dynamic process, and people tend to have more real conversations in that environment. People feel less like they are being shoved down a cattle run.”

As part of his community service, Joel is the Chairman of the Board for Orana House Refuge, an organisation that provides accommodation, advocacy and holistic support for women and children experiencing family and domestic violence.

“Orana has this great internal culture. Staff are an amazing group of people, doing some di􀁾cult work and the Board works well as a team that is committed to supporting that work.”

In Australia, one woman a week is killed by a current or former partner, and domestic violence is the principal cause of homelessness for women and their children. Joel believes that while this issue must be addressed there is a bigger conversation to be had.

“For me, the crisis/refuge work needs to be supported, but there is an old adage, that these kinds of services are the ambulance at the bottom of the cliff, which I agree with.”

“We’ve already had one resident killed by her partner this year and another hospitalised, and we are only a few months into the year. To me, while this is all too common, it is not the ‘normal’ I want for the community.”

“There is an undersupply of crisis work at the bottom of the cliff, not enough ‘ambulances’ so to speak. It is also waiting till the poison of abuse has already been embedded into families for generations. If you can change the community conversation you get to the top of the cliff and people don’t need to walk to the edge of the cliff in the first place.”

For Joel, this brings into question of how a community has a productive conversation about domestic violence, that looks deeply enough at our collective responsibility as a society.

“We are great at supporting ‘charity’, but often less willing to look at our own behaviour. We love to ‘do good’, but what if family and domestic violence were caused by the way wider society allows on field sledging, intellectual arrogance, workplace bullying, even the good old Aussie ‘put down’?”

“What if those small pockets of abuse that we let slide in our own lives, makes the more extreme versions seem less extreme. When someone drives 5km over the speed limit, the next driver feels like it is okay to drive 5km faster, until people speed and say, ‘I was just keeping up with traffic’. This is the deeper conversation about our own personal responsibility.”

At the core of many of these problems, Joel believes, is society’s inability to express ourselves in a healthy way. This is core to Joel’s people-focused style of leadership.

“I think we run away from the fact that we are innately sensitive beings. We actually feel the messiness of life far more acutely than we show to others and we hide in tactical/functional conversation or in the overly dramatic emotional activism. Both forms can shut people down and so we don’t really go there often enough.”

Joel has seen this lack of room for expression of our sensitivity since his time running a youth organisation that dealt with youth suicide, where he would see promising young people who were beaten down by the school system.

“Teenage boys – and men in general – aren’t encouraged to express feelings, so they don’t develop the vocabulary to accurately express what is felt. Maybe this is a part of domestic violence that needs to be looked at.”

But these problems are also present in corporate culture.

“I see a lot of incredibly passionate, dedicated people that are really tired and burnt out, because all their passion and dedication isn’t moving the dial.”

Ever the problem-solver, Joel is trying to address this too and it is no surprise that he looks to how people work together to make a difference.

“I think there’s a different way of ‘deliberating’ on issues which goes back to the more traditional models of Socrates and Pythagoras. They had a more holistic approach to problem solving. There didn’t seem to be the same thick barriers between science, religion, philosophy.”

“I’m working on a model called ‘unified dialogue,’ which is about bringing these three things into conversations. We are most comfortable with the scientific approach, primarily because the religious or philosophical conversation can be so fraught.”

“Science is important; it gives us our facts and data. Without it we just have competing views. But science can also be limited in the understanding it can offer. We can end up solving the same problem over and over and feel very busy and very clever but not really get anywhere as a society. It doesn’t really make sense that we are more intelligent than at any time on Earth, yet domestic violence is as widespread as it is, or we have lifestyle diseases as the number on cause of death. So we need to be brave and find ways to step into the more uncomfortable areas of understanding problems. We need to be looking at how science, religion and philosophy support understanding, and not how one is more right than the other.”

“The religious aspect is not about a particular ‘doctrine’, ‘dogma’ or sect, but about the fact that the vast majority of the world has some sense that we are here to learn and evolve as a species. That there is a broader purpose to our being here. When we can step back from the competing ideologies and rituals, we see that there is a single humanity trying to work things out. This means that problem solving is not about theosophy, but about finding room to consider bigger picture learning.”

“The philosophical element is then about our personal willingness to look at our own role and responsibilities. We are each part of both the problem, the solution and the learning/evolution that comes from working through issues. Nothing will change without a person being willing to change.”

As a final question, we asked Joel for three tips on how to start your journey towards being a better leader.

“Know yourself, but continually challenge what you think about yourself. Question deeply. There’s a difference between self-doubt and critical reflection.”

“The world doesn’t need your empathy, just your personal commitment to doing something about what you know isn’t working. Your example can be more powerful than your empathy.” 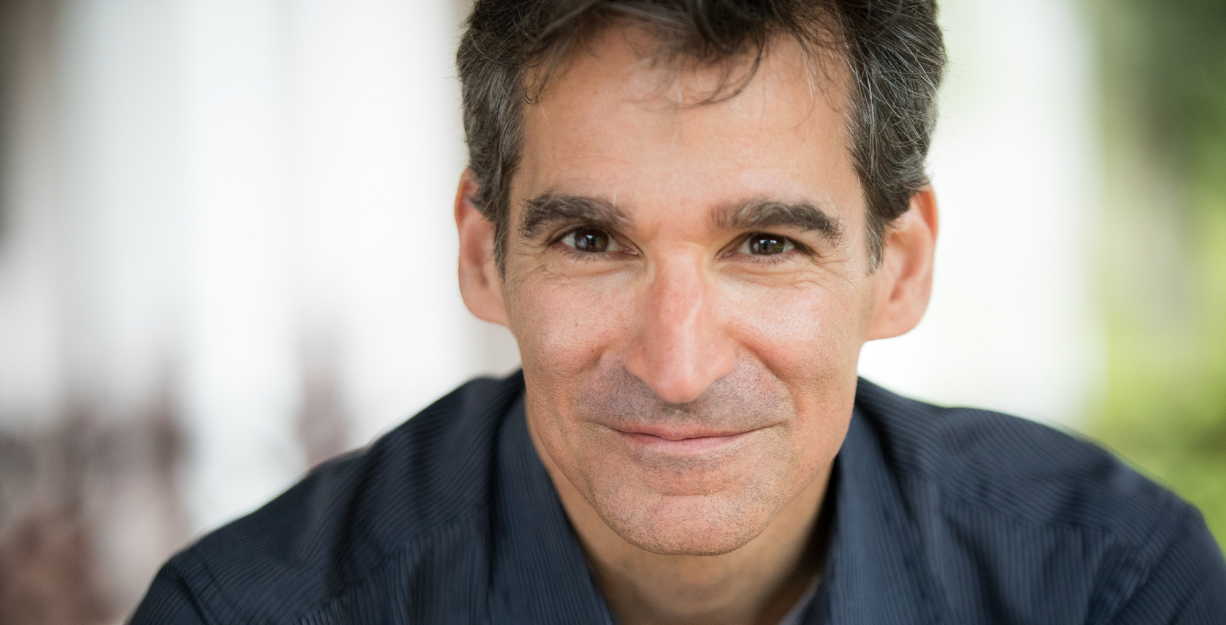